A soft-spoken and kind-hearted person off the court, she has no mercy for her rivals during the game: 18 18-year-old Elena Mikhaylichenko is seen as the next big star in Russian handball, and she started the year 2020 very well.

In January, the left back from Handball Club Lada was elected EHF Player of the Month, and she went on to help her team reach the quarter-final of the Women’s EHF Cup, the competition where she is currently the top scorer with 67 goals.

She was picked by the EHF to join the “Respect Your Talent” project, aimed at encouraging personal development of talented female handball players.

As a part of this project, Mikhaylichenko had a chance to meet Stine Oftedal last summer, and she was quite impressed.

“I had a very positive impression. Stine gave detailed and interesting answers to every question. She told us about her life, studies and career. She said that her talent had not been inborn, but she had to work very hard to become one of the best players of the world. The meeting lasted about an hour, but time passed very quickly,” she said.

Born in Togliatti, Mikhaylichenko started to play handball at the age of 10.

“Once coaches came to my school and selected tall children for playing handball. Actually they didn’t want to take me as I was not tall then, but I persuaded them by saying that I was fast,” she recalled. 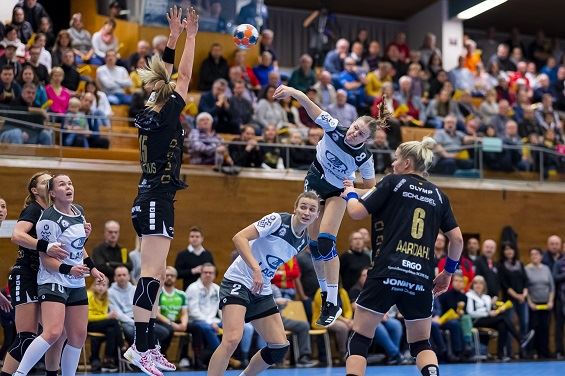 For a few years, Elena continued to attend a regular school, but later moved to another school with a special sports class, so it was not hard to combine handball and studies.

After leaving school last summer, she now plans to continue her education.

“Last year I didn’t manage to submit my documents, but this year I want to go to a university in Togliatti. I would like to study economics, as my mother works as an accountant and she can help me.”

“Anna Sen was my first idol”

Mikhaylichenko has had a few handball idols throughout her life. First it was Anna Sen, now a teammate in the Russian national team.

“She played at Györ and for me it was something unusual that a Russian player moved to a Hungarian club,” Mikhaylichenko said. “Besides, she played in my position and wore my No. 8. But I have never told her that she was my idol.”

When Elena joined Lada’s first team, she started to look up to her then teammate Daria Dmitrieva, and she talks of her with enthusiasm.

“Daria is a great person. She is very kind, responsive and always tries to help young players. I think it was interesting for her to teach us something new. She is also a very cheerful and energetic person, I have never seen her in low spirits,” Mikhaylichenko says.

As the time went on, she also started to take a deeper interest in foreign handball and found new idols there: “Cristina Neagu is extremely good, and so is Eduarda Amorim.”

Seen as a prodigy, Mikhaylichenko has already played a number of international tournaments with Russia.

In 2018 she became a winner and the MVP of the Youth Would Championship in Poland, and in the next year also the MVP of the W19 EHF EURO 2019 in Hungary, where her team finished fourth. 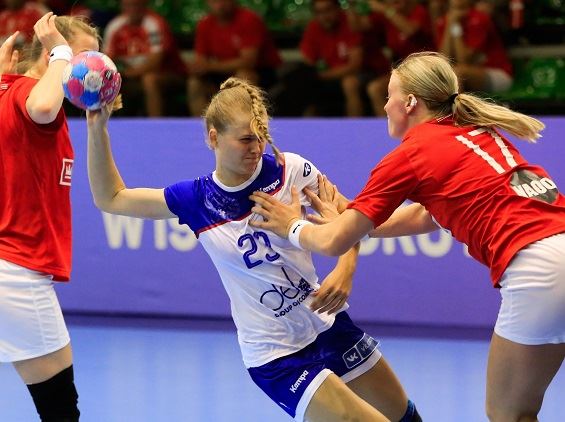 Mikhaylichenko has special memories from the former tournament.

“I had inexpressible emotions. I couldn’t believe that it all was true. It was the most perfect competition in my life,” she said. “Too bad we couldn’t get the same result in Hungary.”

Last year, she also made her debut in the senior Russian national team and won a bronze medal at the World Championship 2019 in Japan.

Mikhaylichenko admits that at 18, she still lacks experience at that level: “Sometimes I put pressure on myself when I realise that I play together with a number of Olympic champions. However, teammates and coaches treat me very well, they always help and ask me to relax.”

“My wishes can change every day”

Her goal for 2020 is to make the Russian squad for the Olympics, although the team first has to qualify for the Tokyo Games.

In March, Russia will face Hungary, Serbia and Kazakhstan, with the two best teams earning an Olympic berth.

“I hope that maybe I will get my chance,” Mikhaylichenko said.

The left back is reluctant to share long-term objectives in her career.

“I don’t want to know what the future holds for me. I try to live for today and not to think about tomorrow,” she said. “To be honest, my plans and wishes may change every day, I’m an inconsistent person and easy to persuade.”

Mikhaylichenko, however, did admit that some day she would like to team up again with former Lada players Daria Dmitrieva and Polina Vedekhina, who moved to the newly-founded and ambitious club CSKA Moscow last year.

“I don’t mean to say that I also want to join CSKA, but it would be great to play with Daria and Polina again at some point,” Mikhaylichenko said. “They can both teach me a lot, and I feel comfortable on the court with them.”

Previous Article Bence Banhidi: “I like to be saucy”