One could call them the ‘good guys’ – not only because they are truly good handball players, but also because they are genuinely good humans off the court. Young brothers Francisco and Martim Costa feature in the revealing 25-minute film ‘Hand in Hand’, that covers their youth, careers, triumphs... but also a major tragedy.

If someone isn't familiar with the Costa brothers, the Men's 20 EHF EURO 2022 in Portugal will certainly have changed last July.

Francisco (17) and Martim (20) Costa were the driving forces behind the Portuguese team as they finished with sliver, while Francisco claimed the top scorer award with 58 goals.

It marked the international breakthrough for the pair – which, of course, had been well known among handball insiders even before that tournament.

They made their international debuts together in the 2023 IHF Men's World Championship play-off versus the Netherlands and are now vital figures in Portugal’s quest to qualify for EHF EURO 2024.

They were equally impressive for Sporting CP in the EHF European League where right back Francisco scored 61 goals and left back Martim 51, under the guidance of their father and coach Ricardo Costa.

An EHF production, the 25-minute film gives a close and personal behind-the-scenes look at the life of the two brothers.

They played together as children, enjoyed successful youth careers, and are still playing together – at Sporting CP, under the guidance of their father, head coach Ricardo Costa.

Kiko and Martim tell their story, added by the opinions of father Ricardo and mother Cândida, who both also played professionally. As a family, they spent six years in Spain, in 2005-2011, before settling in Portugal. 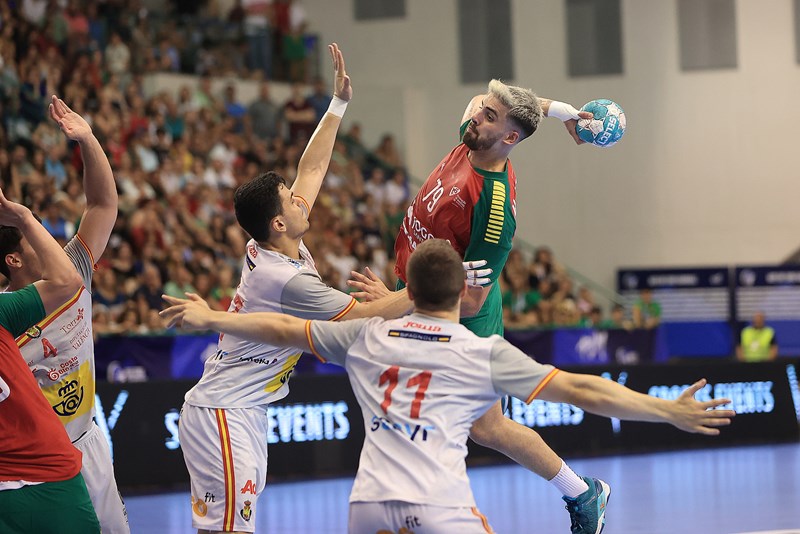 Kiko’s and Martim’s qualities on the court are analysed by several experts, including former players like Victor Tomas, who visited the M20 EHF EURO as a Respect Your Talent ambassador.

“I am very proud,” Ricardo Costa says about his sons. “Not only because of these things that they have achieved. They are two people that I am proud of, of the fact that they are my children. They respect people.”

And Cândida adds: “I think they are good boys. They don’t hurt anyone.”

Apart from all the bright memories, successes, and perspectives, the film also touches on what Kiko calls “a very sad moment in my life”: the passing of goalkeeper Alfredo Quintana in 2021.

For Kiko, life as a handball player is about making others proud.

“I like to do things right,” he says near the end of the film. "I know I can't always do them right, but I always try my best to do the right things, so they can be proud of me."

Next Article A game of averages: How the teams shape up for the EHF EURO 2022

FEATURE: Portugal’s dream of a medal at the M20 EHF EURO has been fuelled by two outstanding brothers – Francisco and Martim Mota da Costa

The story of Spain's epic comeback

FEATURE: Spain delivered a superb comeback in the M20 EHF EURO 2022 final against Portugal, but what is the story behind it?

FINAL PREVIEW: Portugal and Spain will collide in the final at the M20 EHF EURO 2022, with the hosts aiming to create history

MAIN ROUND REVIEW: Portugal and Serbia are the other teams in the Men’s 20 EHF EURO 2022 semi-finals