Few players have lit up the Men’s 20 EHF EURO in recent memory as Francisco and Martim Mota da Costa, the outstanding pair of Portuguese brothers, have in the current edition.

Already labelled as two of the players to watch in European handball, everything has fallen into place for the Mota da Costa brothers. Coming in the EURO after a career-defining season in the EHF European League Men with Sporting CP, where Francisco scored 61 goals and Martim 51, playing at home has only cemented their status as they have made history for Portugal.

The hosts secured first place in Group 1 of the main round and recorded a four-game winning run where no team was able to match them. Wednesday’s loss against Hungary, 30:33, was not a factor, as both Francisco and Martim were rested for the semi-final against Sweden.

“It really is flattering and humbling to be considered a rising star in this tournament. I try to give my best in every match to help our team. Playing for the national team is always a pleasure, especially when you play in this kind of tournament at home,” says Martim Mota da Costa.

Both have already made their debut in the Portugal men’s senior team, in the 2023 IHF World Championship play-off against the Netherlands, which the team won.

At this level, in the M20 EHF EURO 2022, the Mota da Costa brothers have simply been unstoppable. Despite being on the court in only four games, one less than the other players in the standings, Francisco Mota da Costa is the competition’s top scorer, with 42 goals, while Martim is seventh in the rankings, with 29. Together, they have scored 42 per cent of Portugal’s goals in the tournament.

“It is a dream come true, because I work hard to be one of the best players in Europe. But my dream is to win the whole tournament. We started by thinking about a medal — now I hope to fulfil our potential and win the trophy,” says Francisco Mota da Costa.

Making it on the big stage

It is not unusual to see a pair of brothers on the court at the same time. There are countless examples in handball’s history — and many have seen huge successes, with France’s Bertrand and Guillaume Gille winning the EHF EURO in 2006 and 2010, Spain’s Alex and Daniel Dujshebaev becoming European champions in 2018 and 2020, and Denmark’s Niklas and Magnus Landin securing the IHF Men’s World Championship titles in 2019 and 2021.

However, 19-year-old Martim and 17-year-old Francisco look totally different. Their sheer joy on the court is infectious and they surely look like the future of Portuguese handball. They are on the rise right as Portugal have made their comeback in the big leagues, returning to both the Men’s EHF EURO and World Championship and, in 2021, securing a place at the Olympic Games for the first time in history. 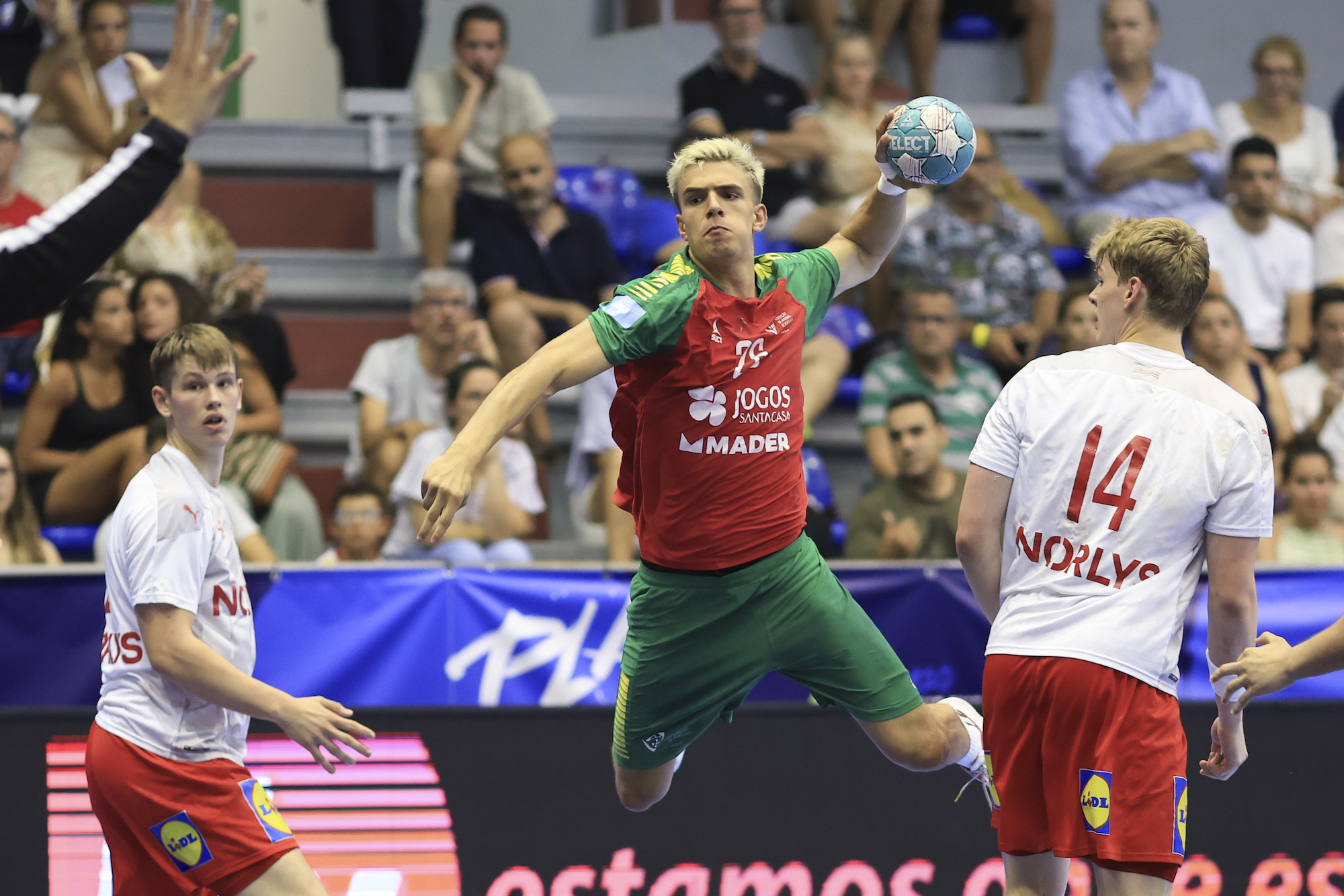 Handball has been developing in Portugal. The best proof is that we are hosting this competition and, moreover, are in the mix to win it. Maybe other teams also look at us differently now and see us as one of the best sides in Europe, which is really amazing.
Francisco Mota da Costa
Portugal back

Is it just a coincidence — or are the brothers motivating each other to become better and better, improve on a daily basis and write history for their country?

“Every younger brother dreams about playing with his older brother so he can help on the court. Having the possibility to win medals makes it even more special,” says Francisco. Martim can only agree:

“We have a great relationship, and it is always amazing to play alongside with him. We feel great about playing with each other. Doing it throughout the whole season, on a club level, makes it even more special.”

As the future looks bright for the two, a gold medal at the M20 EHF EURO 2022 on the home court would be another stepping stone for both them and for handball in Portugal.

In 2010, Portugal secured the silver medal at the M20 EHF EURO, after conceding a 24:30 loss against Denmark in the final. Eight years later, they finished fourth, as a four-game winning run turned sour in the final weekend, with a 25:27 loss against Slovenia in the semi-final and a 26:29 loss against Germany in the 3/4 placement game.

However, with the two Mota da Costa brothers rested and ready to jump at the occasion, Friday’s semi-final against Sweden looks set to help their legacy.

“The toughest game in every competition is the next one. We don’t expect easy matches. We know the quality of the four teams in the semi-finals. We just need to work hard to secure the win,”

“We always had the goal of going as far as we can in the competition and, in my mind, winning the gold medal was the top objective from the start. I think it would make the Portuguese proud and it would also increase handball’s popularity, which is good,” says Martim Mota da Costa.

And for the future?

“Handball has been developing in Portugal. The best proof is that we are hosting this competition and, moreover, are in the mix to win it. Maybe other teams also look at us differently now and see us as one of the best sides in Europe, which is really amazing,” concludes Francisco Mota da Costa.

Previous Article Spain ride the Gurri wave to the semi-finals

Next Article Tomas teaches what makes a great player for RYT

The story of Spain's epic comeback

FEATURE: Spain delivered a superb comeback in the M20 EHF EURO 2022 final against Portugal, but what is the story behind it?

FINAL PREVIEW: Portugal and Spain will collide in the final at the M20 EHF EURO 2022, with the hosts aiming to create history

SUMMER BLOG: Running coverage of the matches at the M20 EHF EURO 2022, with semi-finals and placement matches on Friday

MAIN ROUND REVIEW: Portugal and Serbia are the other teams in the Men’s 20 EHF EURO 2022 semi-finals

Main round starts without titleholders Slovenia

PRELIMINARY ROUND REVIEW: Eight teams have advanced to the next round of the Men’s 20 EHF EURO 2022 in Portugal