Spain defeated Denmark, and Sweden beat Germany on Wednesday night to seal their spots in the Men’s 20 EHF EURO 2022 semi-finals. On Friday, Serbia play Spain, and Portugal take on Sweden for a place in Sunday’s final.

Sweden ended Germany’s gold dream at the M20 EHF EURO 2022 on Wednesday, beating the M19 EHF EURO 2021 champions 29:25 to finish main round group M2 in second place. Group winners are Serbia, who suffered a heavy defeat against France (38:28), but that result did not affect the final standings.

In group M1, Spain secured the second semi-final spot with a high-scoring 40:34 win over Denmark. Portugal had already qualified, but the hosts had their unbeaten status in the tournament ended by Hungary (33:30) on Wednesday night. 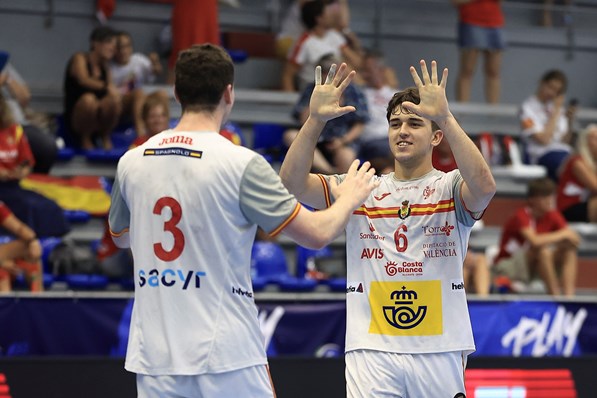 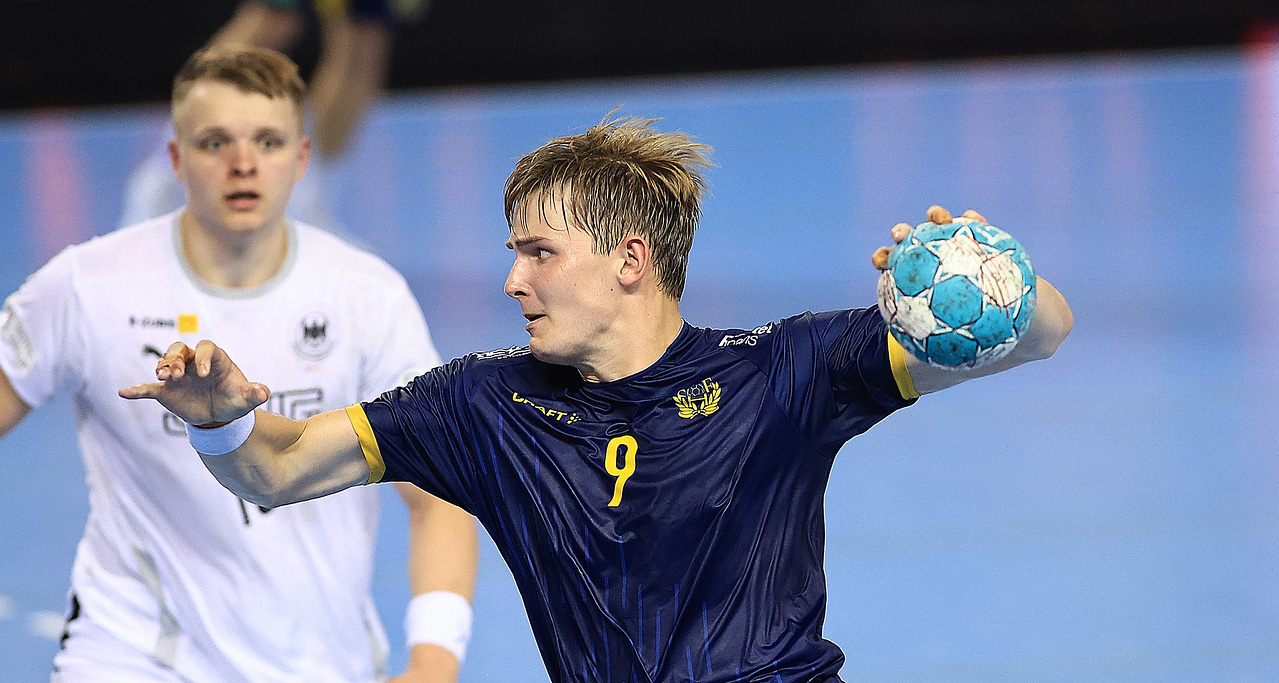 In the first half it was really tight, and in the second half we managed to get some goals ahead, and then we kept the lead and secured the win. It is going to be fun to play against Portugal and it will be a very good game.
Kasper Palmar
Sweden right back

Strong attacks versus good defences in the semi-finals

Portugal beat Spain 36:35 when they faced each other in the preliminary round, and both teams could meet up on Sunday again. Their group A is the only one to have sent two teams to the final weekend.

The two neighbours from the Iberian Peninsula are probably the most eye-catching teams in the competition with their amazing firepower in attack: Spain have scored 37.2 goals per game on average, Portugal 33.6.

But the competition will be fierce in the semi-finals. Serbia and Sweden have a different approach to the game with a more defence-based focus. Sweden, for instance, have conceded only 24.8 goals per match so far.

The contrasting styles of the various teams make the semi-finals on Friday even more appealing.

All matches live on EHFTV (geo-restrictions may apply)

REVIEW: The two teams join the 12 European nations already qualified for the World Championship in Germany and Greece

Two places for U21 World Championship to be booked

PREVIEW: The last two European places for the 2023 IHF Men's U21 World Championship will be confirmed this weekend

NEWS: Analyses of the seven Younger Age Category events to have taken place in 2022 have been published

NEWS: In a 25-minute film, Sporting’s future stars Francisco and Martim Costa give exclusive insights in their lives

FEATURE: With the EHF European League Men season set to begin on Saturday, we look at four young players who might make an impact

FEATURE: After a busy period of Younger Age Category tournaments, we take a look at some of the players who starred this summer

Talents enjoy summer of inspiration at Respect Your Talent e…